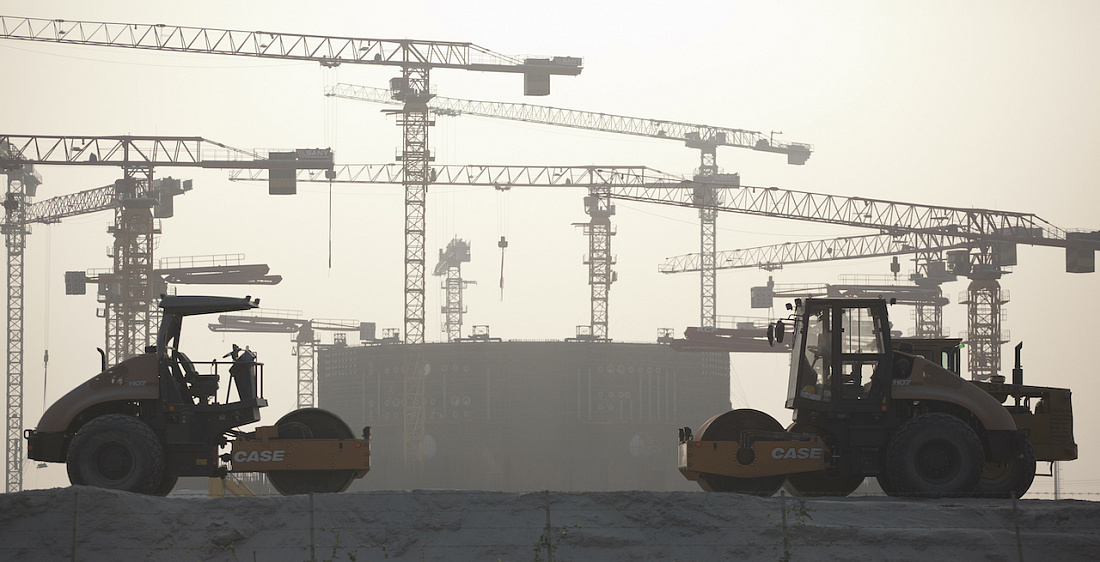 Rooppur Nuclear Power Plant will be the first nuclear power plant in Bangladesh. The Power Plant is being built in Ruppur, Pabna. The construction of the Unit-1 and Unit-2 of Rooppur NPP is under way. The commencement of commercial operation of Rooppur NPP Unit 1 is scheduled at the beginning of 2023, while Unit 2 for 2024. Each stage of Rooppur NPP construction is under the strict supervision of the International Atomic Energy Agency (IAEA) and national regulatory authority, Bangladesh Atomic Energy Regulatory Authority.

Before we deep dive into the Rooppur Nuclear Power Plant Contractors, let’s take a look at the operations of a Nuclear Reactor and why it is safe.

Operation and Safety Systems of a Nuclear Reactor:

The reactor is the main component of a Nuclear power plant. Uranium is the nuclear fuel that is used in nuclear reactors. For Rooppur NPP, Uranium- 235 will be used as fuel.

As Rooppur Nuclear Power plant is being built under the authority of ROSATOM, which is the state atomic corporation of the Russian Federation, let’s learn from their description:

A nuclear power plant is a group of buildings that house process equipment. The main building includes the reactor hall where there is the reactor, spent fuel pond, and refueling machine (for recharging nuclear fuel). Operators control all this equipment in the main control room (MCR).

The main component of the reactor is the core. It is placed in the concrete vault. Control and protection systems are mandatory components of any reactor which allow for any selected mode of the controlled chain fission reaction, as well as the emergency protection system which promptly stops the reaction in case an accident. All these are assembled in the main building.

There is the second building which houses the turbine hall: steam generators and the turbine. Going further down the process flow diagram, there are condensers and high-voltage electricity supply lines that go off-site.

Let’s take, for example, the control rods. These are graphite rods controlling the nuclear fission reaction. They are located in the reactor core and absorb neutrons like a sponge absorbs water. The NPP operator adjusts the number of control rods inserted into the reactor core and thus controls the nuclear fission process, speeding it up or slowing down.

The rods are fixed on electrical magnets. In case of an emergency and a loss of power supply, electricity will not be supplied to the electrical magnets, they will stop functioning and all the control rods will be dropped into the core, thanks to the force of gravity. The nuclear reaction in the core will die out and the reactor will stop working.

Another safety system is the molten core catcher. This is a big bowl made of steel and concrete. It has very thick walls and is located underneath the reactor. If the temperature inside the reactor cannot be reduced and increases to critical values, the core can melt. The trap will then “catch” the molten core with reactor internals and all radioactive materials will remain inside the trap. This structure is built to hold any possible radioactive release inside and prevent it from getting into the environment in case of an emergency.

The containment is an external protecting enclosing of the reactor and reactor hall. This structure is built to hold any possible radioactive release inside and prevent it from getting into the environment in case of an emergency, for example, an explosion. Strong and reliable safety systems subsequently guarantee the safety and reliability of Rosatom-built nuclear power plants.

VVER-1200 is a flagship nuclear reactor and a core product of ROSATOM’s integrated solution. Being an evolution of VVER-1000 reactors those were built in India (Kudankulam) and China (Tianwan) in the 1990s and 2000s, the new design features improved performance across all parameters and a range of additional safety systems preventing radioactive substances from getting out of hermetically sealed containment in cases of emergency.

VVER-1200 has a 20% higher power capacity while having a size comparable to VVER-1000. It also has an extended 60-year service life, load following capability, high capacity utilization (90%), and an 18-month refueling cycle. The unit is expected to produce 9.1 trillion kWh per year compared to the VVER-1000’s 7.5 trillion kWh per year. The number of personnel has been decreased by 30% to 40% (on a per MW basis) due to automation, and the centralization of functions and processes. The Rooppur Nuclear Power Plant will also have two VVER-1200 reactors.

The project is being implemented by the Bangladesh Atomic Energy Commission (BAEC) and Nuclear Power Plant Company Bangladesh Ltd. (NPCBL), under the guidance of Science and Technology Ministry of the Government of Bangladesh. The nuclear power plant (NPP) will include two units namely Rooppur Unit-1 and Rooppur Unit-2, each with a capacity of 1200 MW each. The Rooppur NPP will be equipped with two VVER-1200 water-cooled, water-moderated power reactors of the AES-2006 / V-392M design. The main equipment of the power plant will have a service life of more than 60 years, without the need for replacement.

VVER is a thermal neutron reactor with pressurized water used both as coolant and moderator. Its design provides for a two-circuit steam generating system with four cooling loops, main circulation pump, pressurizer, relief and emergency valves on steam pipes, and accumulator tanks of the emergency core cooling system (ECCS). Thus, VVER-1200 combines reliability of time-proven engineering solutions with a set of active and passive safety systems compliant with post-Fukushima requirements.

Scenario and Contractors of Rooppur NPP:

Competitive strength of Russian proposals can be attributed to advanced technologies and newest know-how developed by Russian scientists and designers. All design projects meet modern international requirements and the IAEA recommendations. The projects proposed for construction are based on up-to-date reactor installations of up-graded VVER design (Russian water-water pressurized power reactor) that has many-year good performance account.

JSC Atomstroyexport, a subsidiary of Rosatom, was appointed as a general contractor by BAEC for the project. The contractual scope includes the supply of equipment and materials and nuclear fuel, as well as providing training to the project management team.

The JSC Atomstroyexport, General Contractor performed necessary studies/surveys to obtain the reliable input data on the natural and anthropogenic conditions of the construction area and site for elaboration of Feasibility Evaluation, including Environment Impact Assessment, and carrying out site engineering survey and environmental studies for the development of the package of the documentation.

According to Rosatom, the safety system of the VVER-1200 reactor nuclear power plant is quite strong and is modeled on the latest generation 3+ technology. The security system can work without the help of the operator. Even if the power connection is lost, it remains active.

Within 68 months of the start of work, the main installation of the power plant is to be built by the Russian company JSC AtomstroyExport, which is part of the engineering division of the ROSATOM State Corporation.

The Bangladesh government hopes that the first unit will be connected to the national grid by 2023 and the second unit by 2024. The government is willing to take the necessary steps to implement this project for secured electricity supply to sustain our country’s economic development.

If you enjoyed our article on Rooppur Nuclear Power Plant Contractor and think it was beneficial, don’t forget to share it with others.